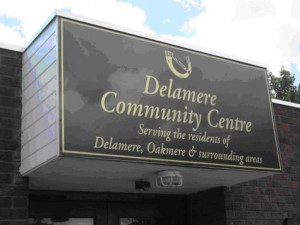 The Community Centre is a mature single storey building which was built in 1971/2 of brick cavity wall construction with a partially flat and partially low-pitched ridge roof covered in bitumen roofing material. An extension was added to the southern end of the building some time later and this has a traditional tiled roof.The building has an oil fired central heating system and full double glazing.

The facilities available internally include:

The Bowling room which measures approximately 7.5 metres x 6.5 metres. It has a vinyl covered floor and is equipped with a sink unit and water heater. Off this room there is an Accessible toilet and a fire escape to the rear.

The Billiards Room which also measures 7.5 x 6.5 metres. It is carpeted and has a full size snooker table.

The Meeting Room which measures approximately 4.5 metres square and is fully carpeted.

The kitchen that has been fully renovated.

Toilets that have been fully renovated and include a new accessible toilet.

Outside there is a full sized competition standard bowling green equipped with flood lights, and a pavilion as well as a tarmacked car park with 50 parking spaces.